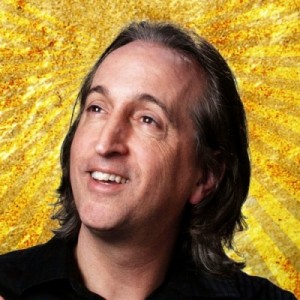 Read Below To Find Out What Happened When We Interviewed Paul Avgerinos.
Listen to his Grammy nominated track ‘BHAKTI’ here:

Q. What was your first reaction upon hearing the news about your Grammy Nomination?

Well, my first reaction was to cry like a little baby, I was so happy. I was among great company within the category, I go back about 30 years with some of these artists. David Darling played on an album for me in 1994/95 and I know Peter Kater; he released one of my albums in ’98 so its really great to be in this fine group. It’s a great honour to be nominated this year. I have been really active with the whole Grammy process. It feels like the right time for me too.

Q. How would you explain your music to those who may not have heard any of your songs?

I would start off by saying what I do is ambient/new age and it is healing, uplifting and spiritual music. I just take it from there and see how people respond to that. Usually one of those words normally starts the conversation going effectively.

Q. What kind of music do you like listening to?

I listen to a lot of classical music and among other kinds. It just depends on my mood, like anyone. Sometimes I need to wake things up a bit and I put on some pop, rock, R&B even House music. I like all kinds of stuff.

Q. What do you enjoy most about creating music?

I think there are 2 aspects that are wonderful. One is all the peace and joy that you find going though the process. Then of course people’s reactions are great. Such as ‘this is so soothing and uplifting thank you so much for creating this’. So basically the enjoyment and the positive feedback.

How did you get into creating music?

It started mostly with trying to heal and uplift myself. I was trying to further my own spiritual awakening and find a path through music that was fulfilling and up-lifting. As I got better at it, I realised that I could help other people with my music, so it was a natural evolution and a lot of artists start out that way. They start to figure out how to be in this world with music, their emotions and spirit and once it starts to become a way to reach happiness then it expands out to other people and its a blessed process.

Q. To others wanting to create music what advice would you give them?

What I tell all my friends and colleagues, especially younger people, is to ‘find your Bliss’, ‘the heart of your music’ and ‘what is it about music that really lights you up?’. Find particular artists, styles, instruments or ways of doing things and explore them deeply. You will never be disappointed with the results. It’s a sacred process, it really is. It’s like going into a fantastic temple with great powers and blessings available and all you have to do is go in with humility and sincerity and you will be blessed. Of course, combined with that, don’t get frustrated when you do get rejection and disappointment. That’s part of the path and it takes many years to build a career. Think of it as a life’s work.

Q.Have you experienced any difficulties in the music business? if so, what were they and how did you overcome the situation?

I remember I was on a label and I really wanted them to release my next album but they kept saying no and pushing me off. So I kept revising it, thinking: ‘I should make it better and they will accept it’. I was really obsessed with this one label and thought that was where I was supposed to be, but they kept saying ‘No we’re not into it’ and this went on for about 5 years. I was really stuck. Revising the same album over and over and, meanwhile, people were forgetting about me because there’d been 5 years with no album. Finally Peter Kater, god bless him, came along and released the album, ‘Sky Of Grace’, on one of his own labels at the time. That broke the jam and I started getting into the flow again. That’s an example of being distracted and focusing on the wrong thing. Keep doing what you believe in and things will work out one way or another.